Location on birth chart wheel:  It is house number 12.

During your youth, you encountered many painful experiences that probably still affect you to this day.  You were likely to be rather unhappy.  Standing up for yourself was probably very hard for you, which may have led to bullying.  However, by the time you reached early adulthood, you became wiser, and projected a tough or flamboyant image to help prevent opposition form others. One of the most negative and influential experiences is probably the distant or non-existent relationship with your father.  The bond between you and your father has always been weak.

See Cafeastrology Sun in 12th House for another opinion.

You are very much a private person, unwilling to reveal your feelings and needs.  This is because you believe others will not understand you or will judge you.  It is as if you have a mask, which prevents others from seeing the real you; maybe this is what you fear.  Because of this, talking about your feelings with others is difficult for you.  Occasionally, when you are lonely, you reflect on your emotions, trying to make sense of them. If you have a partner, there is likely to be problems expressing your true feelings to them.

During your childhood, your mother probably did not pay attention to your feelings as much as you wanted; maybe she was not around.  Her negative responses to your needs and feelings probably made you more assertive to not rely on anyone, and to do things your way.  It is also likely you followed in her emotional footsteps, not being open about your emotions. You are likely to fantasize and daydream.

See Cafeastrology Moon in 12th House for another opinion.

You are not very quick to speak or communicate, especially in childhood, as you need to develop trust in your own abilities to express yourself.  During your childhood, learning was an issue, and you may have been a pupil who had learning difficulties.  This is not because you are not clever; it’s just that your mind works differently than most people.  A majority of pupils at school learn most effectively from logic, facts, and reasoning.  However, your mind absorbs information best through learning techniques that involve the use of pictures and demonstrations.  This is because your mind is incredibly imaginative and very attracted to things such as symbols, feelings, and images.  This is why you make decisions based on feelings, rather than logic.  Learning to communicate clearly was also a challenge for you. There is a part of you that is naturally shy and hesitant to speak up for yourself, especially if you are in a crowd.

Because of these difficulties in your learning and communication, you can sometimes lack confidence, but you hide this very well.  Unless you are able to overcome these challenges, achieving your full potential is likely to be rather difficult.

See Cafeastrology Mercury in 12th House for another opinion.

You are very romantic, but find it hard to openly express affection to your partner.  During your childhood you were rather shy with the opposite sex; however, this has greatly improved with age.  Your feet may be especially attractive to partners.

See Cafeastrology Venus in 12th House for another opinion.

You prefer to work alone or may just be quite secretive about it.  One of your parents was likely afraid to express their assertiveness, or maybe they were the opposite – being too assertive.  Whatever the case may have been, it discouraged you from being assertive yourself, and sometimes you can feel defeated before you even start.

See Cafeastrology Mars in 12th House for another opinion.

Solitude, working alone, and meditation can bring you great pleasure and a sense of renewal.  Childhood may have left you with a lonely feeling sometimes; any spiritual and religious beliefs were kept private.

See Cafeastrology Jupiter in 12th House for another opinion.

Sometimes you can become overwhelmed by anxieties, and probably do not know why.  I would guess that it is your fear of being controlled by your emotions, or maybe it is a fear of the unknown.

It can be difficult for you to accept help from others, preferring instead to withdraw and handle your problems in loneliness. The thought of exposing your innermost feelings makes you feel painfully vulnerable and dependent on others.  The way to overcome these complex emotions is to open up to others more often, it may help you enjoy life more.

See Cafeastrology Saturn in 12th House for another opinion.

During your childhood, you were encouraged to be creative and independent.  You probably express these traits rather well.  You give excellent advice to others.

See Cafeastrology Uranus in 12th House for another opinion.

Although you have a very easy going and sensitive nature, you can draw upon a tremendous amount of inner strength when needed.  This can be very surprising to some people, as it is quite unexpected.  Sometimes you enjoy being alone, so you can clear your mind of everyday problems. You may have talents in music, art, poetry, clairvoyance, and psychic abilities.

See Cafeastrology Neptune in 12th House for another opinion.

During your childhood you experienced much cruelty and abuse from one of your parents; the abuse could have been physical or mental. You may have an interest in psychology or the occult.

See Cafeastrology Pluto in 12th House for another opinion.

Did you enjoy these birth chart astrology 12th house interpretations? 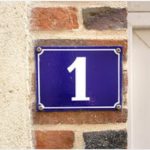 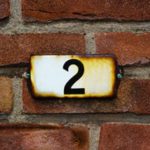 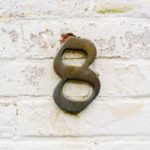 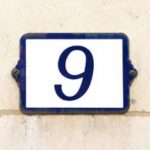