5 Facts About the History of Tarot Readings

This article tells you 5 facts about the history of tarot readings. A tarot deck consists of 78 cards in 5 different suits. These cards were developed in the 15th century in Europe and quickly spread through the leisure class as a fun way to pass the time and gamble a bit. Over time, these cards have become a method of divination or fortune-telling, allowing the possessor of the cards to guide those looking for advice on the best decisions for their future.

Early Tarot Decks Were For Games

The earliest tarot decks were simply used for gaming. The 78 cards include 56 cards of the minor arcana, similar to a regular deck of playing cards. The four suits of a deck of the tarot are the cups, swords, wands, and pentacles or coins. However, each suite contains 14 cards. In addition to the cards from ace to 10, there are 4 face cards in each set:

Some sets replace the page and knight with the prince and princess. A traditional set of playing cards has only 3 face cards, the jack, queen, and king, and has four suits of heart, clubs, diamonds, and spades.

The 22 cards of the major arcana, or Fool’s Journey, can be applied to any suit and are believed to have been considered trump cards in the early games of tarot.

Tarot Cards Were Not Considered Evil

At different points in the past, religious institutions have considered card-playing and other games as evil. First of all, cards were a way to enjoy leisure time, but the belief that anyone not profitably employed was at risk of temptation made card-playing a risky business. Additionally, many enjoyed cards as a way to gamble and take chances, which the church frowned upon. Finally, some folks played cards when they should have been at church. As an aside, the church also chose at one point to ban backgammon and tended to burn the boards it found, which is why backgammon sets are designed to fold up like a book.

Using Tarot Cards As Guides Rather Than Rules

If you intend to learn tarot card reading online, it’s a good idea to consider the yin and yang of tarot card reading. Many hoping for guidance from tarot cards want a warning of what is coming in life. Instead, a good tarot reading can help them understand what personal characteristics to control to avoid making poor choices.

For example, the Temperance card in the upright position can be a very positive sign; while things in life have been badly out of balance, the reading recipient can make their life better and easier by staying patient. If the Temperance card comes up reversed in a reading, it’s a reminder to avoid the personal fragility that can come from extreme thinking.

Tarot cards were once handmade by the user and many have passed these cards on to their children and grandchildren. Current card producers have come up with many beautiful designs to suit different styles. If you want a set of tarot cards and don’t know where to start, visit a metaphysical shop and simply handle the cards. Study the images until you find a set that feels friendly and pleases the eye.

You can also buy blank sets and color them in, or you can buy a deck you like and bless or cleanse it to your purpose.

Helping the Recipient Understand Their Reading

As with any spiritual practice, clearing the mind and heart will open up the recipient for the best information and guidance. A simple tarot spread to review the year ahead can be broken out into four quadrants; a card for each quarter and the three corresponding months can be laid out while the card from the bottom of the deck can be used to determine the theme for the whole year.

Life has been incredibly uncertain and the stress of this can be very hard on people. In-depth knowledge of tarot and the ability to give a confident reading can help you help others to manage this uncertainty. While tarot readings cannot offer guarantees, you can help those in turmoil and uncertainty to live in harmony and weather future storms. We hope you have enjoy our top 5 facts about the history of tarot readings. 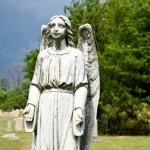 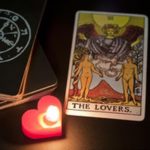 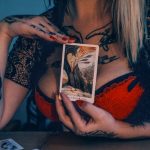 How to Choose the Right Tarot Card Deck for you