You are probably wondering why you need to know about constellations.  But they play a very important role in astrology, and is the basis of how astrology works.  Humans have always gazed up towards the stars in wonder.  Astrology is an ancient discipline where human beings link events to the positions of celestial bodies.  Human beings have tracked the objects in the sky for thousands of years.  The most likely object to be tracked first was the Sun.  Knowing the motion of the sun helped our ancestors plant their crops at the correct times, which is essential to survival.  They also realised particular star patterns in the sky appear at different times of the year.  The sky was divided into certain patterns or objects called constellations, which was used to navigate the land and seas.  Below is an example of the constellation Pisces.  The other 11 signs of the zodiac are also called constellations. 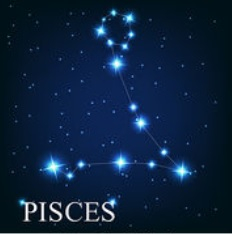 Did you know there are actually 88 constellations that map the skies?  Below is a common one that you can see high up in the sky during spring and summer evenings, called the big dipper (or saucepan).  When looking up to the sky, you got to imagine the lines between the bright stars to picture the object or constellation.

So why are astrologers only focused on the 12 signs of the zodiac, from Aries to Pisces?  Well, it is because the Sun, Moon and Planets appear to travel through these constellations (star patterns in the sky) from our point of view on earth.  This apparent path is called the ecliptic.  The ecliptic is an imaginary path that the sun, moon and planets travel in, and is where the 12 signs of the zodiac are seen.  It is why these constellations where chosen in the first place, as they run through the elliptic.  The diagram below illustrates this.  Imagine the sun, moon and planets travelling through the ecliptic line, circling the earth.  It is important to note that this is from our point of view on earth. 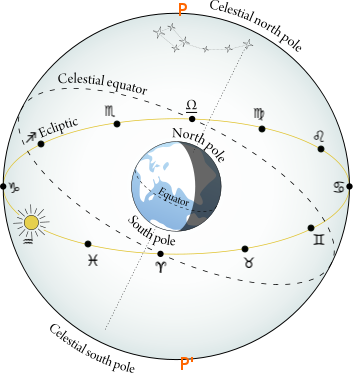 The ecliptic is split into 12 segments from Aries to Pisces, known as the zodiac belt.  This means astrologers were able to say where these celestial objects were when someone was born.  This is the basis of astrology.

Technology has progressed humans understanding of the sun, moon and planets regarding motion.  Humans no longer have to stare at the skies to record the positions of the sun, moon and planets.  All this data is collected by NASA.  And anyone can access data tables which tell you the exact positions of the planets for any day, past, present and future! such data table are called a planetary ephemeris, and they are incredibly precise.

Astrological symbols were created to reference celestial objects which move outside of our planet, such as the sun, moon and planets.  When I say move, I actually mean when they appear to move through a portion of the sky called the ecliptic or zodiac belt, from our point of view on earth.  Each planet has a particular symbol allocated to it.  These symbols will be used when we start creating astrology natal charts.  The common planetary symbols used are listed below.  Please note that the Sun and Moon are actually considered planets in astrology:

This symbol is used to highlight the zodiac sign position of the sun.  The sign this symbol is in will be your zodiac sign (or star sign).  For example, someone born a Scorpio would have the sun in the constellation Scorpio at the time of their birth.  The symbol is simply used to plot the location of the sun when using astrology natal charts (which I will show you in a future lesson).

The sun provides a general overview of one’s personality.  You can get a good idea of Sun in Sign Interpretations here.

The house that the sun is in will give you a good idea of the persons overall life path.  Check out these sun in house interpretations to learn more about this.

The Western zodiac signs were described for the first time the Alexandrian astronomer and astrologer Ptolemy in the second century AD and represent the division of the zodiac into twelve equal parts, each of 30 degrees amplitude. In the zodiac, the stars are grouped into constellations, which from time immemorial have been assigned names of living things, real or fantastic. This explains the etymology of the name, derived from the greek “zodiakos” word in turn composed of zoon – “animal, living being” and Hodos – “road, path.” Because of the motion of rotation of the Earth, in fact, the zodiacal constellations seem to follow the zodiac.

What exactly is the Zodiac?

It is an area of the sky, as seen from Earth, which passes the Sun and planets. In Western Astrology, it is divided into twelve parts of equal amplitude, which correspond to the twelve astrological signs or zodiac signs. This Zodiac division into twelve equal parts dates from the fifth century BC.

Ancient astrologers have given every astrological sign, the name of the constellation that was closest to that part of heaven in their time. This relationship between the zodiac signs and the arrangement of constellations in the sky was stretched over time and is no longer valid today. This means that one a Libra is not born when the Sun actually lies in the constellation of Libra. 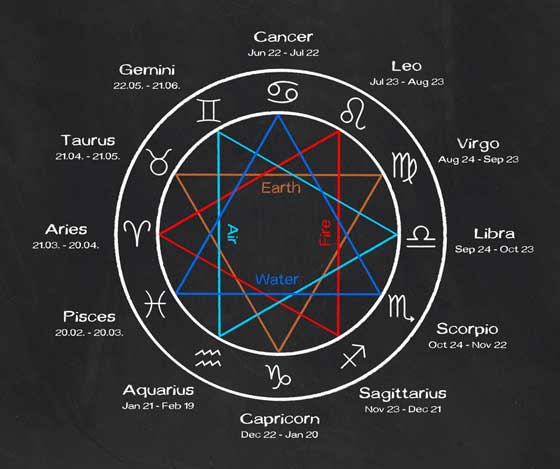 Link between Astrological Symbols and the Seasons

The twelve zodiac symbols represent animals, which are of Sumerian origin.  These constellations in the sky appear to always be in the same place, relative to the season.

However, over the centuries the movement of the Earth has changed with respect to its axis of rotation.  This has caused a shift in zodiac signs.  When constellations were given astrological symbols thousands of years ago, it was decided that March 21 would be Aries.  This means the four seasons were represented by Aries (Spring), Libra (Summer),  Cancer (Autumn) and Pisces (Winter). The western astrology system still uses this system today.  But in reality, the Sun still lies in the constellation of Pisces during spring time. The general character traits of each zodiac sign is listed below.

Aries is the symbol of the beginning and is compared to the birth. It is the first astrological symbol which marks the beginning of spring.

Gemini is transient and marks the transition between spring and summer. For this, it turns out to be the perfect symbol of the volatility and fickleness.

Cancer is placed in the middle of the summer solstice, which is why it is a rich sign of vitality, joyful, and emotional.

Leo is a fire sign, arrives in the middle of summer when the vitality of nature is at its peak. The sun high in the sky makes those born under the sign of Leo extroverts and vital.

The Virgo is an Earth sign that represents the closing of a cycle and the beginning of another.

Libra is one among the 4 cardinal signs related to the equinoxes and solstices. And an air sign that marks the boundary on the path of evolution.

Scorpio is a sign of water falling in the middle of autumn and the eighth of the zodiac signs. The water represented by this sign hides under the surface as strong currents.

Sagittarius is the ninth astrological symbol of the zodiac. It is a sign that is divided between the real and the ideal, a sign full of human warmth fire and passion.

Capricorn is considered the door of the Gods from which you can get to higher levels of awareness and spirituality.

Aquarius is the symbol of steadfastness and reliability. The personality of Aquarius is abstract, linked to the mind and to the continuous ideas that revolve in the head.

Pisces is the twelfth and last of the astrological symbols of the zodiac. A sign of water representing the flow and the roar of a river.

The astrological symbols used in astrology are rooted in mythology.  For example, the planetary symbols match the archetypes in our psyche. They are alive and powerful. With its theme of birth, each of us is connected to the universe in a unique way. Astrology can open the doorway to self-knowledge.  It provides more clarity about ones personal quest and their relationships with others.  It can help unlock hidden or suppressed potential.  These powerful astrological symbols are likely to be around for many more years!

Someone who studies and practices astrology is called an astrologer.  An astrologer studies via detailed books on the subject.  They can also attend college courses dedicated to astrology.  They look for correlations between people and celestial bodies outside our planet. To interpret these, the astrological symbols of the zodiac is used, which is commonly called a horoscope.  A horoscope is a circular chart split into 12 separate constellation called zodiac signs.  The sun, moon and planets are then plotted on this chart for a particular time and location.  The chart represents where celestial bodies are in the sky at a given time, from the point of view here on earth.  Each astrological symbol on a chart has a different meaning.  Each express certain personality or character traits. Astrology is used to forecast particular events or gain insight into ones personality.  You can learn more about astrology charts here. 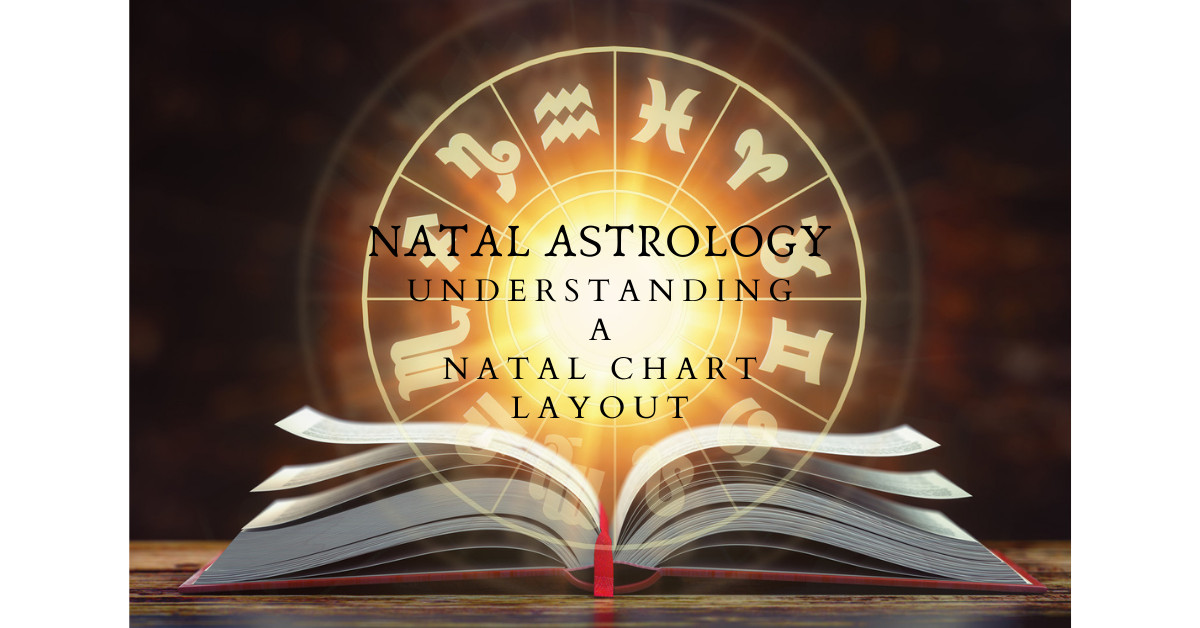 Or go Back to the Natal Astrology Lesson List

READY FOR A QUIZ? 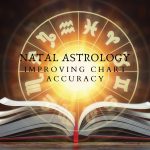 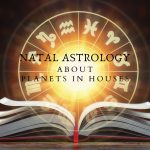 About Planets in Houses 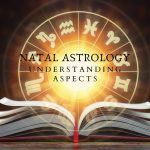 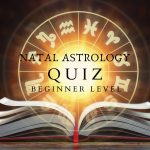 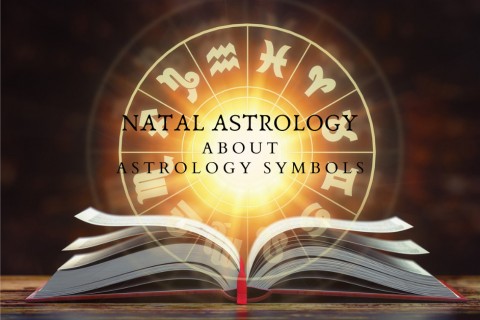 Tags: Astrological symbols, Origins of astrology, What is the zodiac