An Introduction To Vedic Astrology

Vedic astrology is more than 10000 years old, but no ones knows exactly how old the Vedic period is.  The Vedic time period is still debated, but is considered to have originated in the Indian subcontinent.    Unlike modern science and technology, this Vedic period was the time frame where people used Vedic knowledge in their daily life. There was a set health care system named Ayurveda.  This system is now a very big industry. Astrology or Jyotish is a branch in that Vedic lifestyle. Jyotish means nothing but knowledge of light.

Veda means a lot in Sanskrit. It means sacred knowledge, sacred lore, finding, perception, true knowledge and much more.   The knowledge about Vedas have spread in four texts Rig veda, Yajur veda, Sama veda and Atharva veda. There are so many scriptures from these books mentions   astrology.

Even though there are many texts available about Vedic astrology, Vedanga Jyotish can be considered as main text which is supposed to be originated in the later part of the Vedic era. It is all about astronomical calculations and astrology as well. There are so many other books giving detailed descriptions about astrology like Brihat Parshara Hora Sastra, Jaimini Sutras, Phaldeepika, Uttara Kalaamrit, and Bhrigu sutras.

The western astrology system is ahead of Vedic astrology by 23 degrees. For example, if the Sun in a Vedic birth chart is at 20 degrees Sagittarius.  A western birth chart will show the Sun to be within the early degrees of Capricorn. So, the calendar is quite different between the two systems.  Accordingly, the dates of the months also change.  The two systems are name western and eastern calender’s.

In the Vedic system of astrology, prominence is given to nine planets. Which are known as Nava Grahas.  They are here with their Sanskrit names 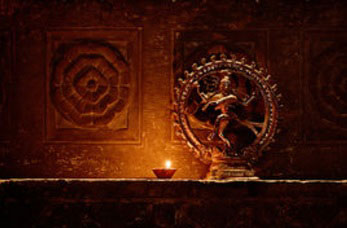 Even though these planets can insight into our destiny.  The true results are derived from the placement of Nakshatras or Lunar Mansions which lies behind the planets. At this point, Western astrology students may get confused.  There are 12 signs; planets are traveling through these signs. There are other constellations which behind these planets other than these 12 signs. These constellations are 28 in number. They are known as lunar mansions or nakshatras. Among these 28 nakshatras 27 are known as feminine nakshatra and the 28th one is considered as the male entity. So, for astrology consultation, only 27 nakshatras are taken into consideration.

These 27 lunar mansions or nakshatras makes Vedic astrology more detailed.  However, Western astrology is more easy to understand. In the next chapters, we will study more about Vedic astrology. Vedic astrology chart has 12 houses like the western chart. The matters allotted to each house are almost all the same, but there is much more in Vedic astrology.

This introduction to Vedic Astrology was written by Jaya Shree, a guest poster.